The NFT spotlight has been overtaken by a new candidate for the crown – the non-fungible fillable tokens. They exist within a Blockverse and provide users with a place on the blockchain to advertise their product or service by owning a piece of it.

The NFFT platform is basically an art wall made of 9112 blocks incorporated into a blockchain, which means that everything stored there will leave a permanent trace on the chain.

All 9112 blocks built on the Ethereum blockchain are transferable and sellable, allowing block holders to transfer ownership rights using smart contracts. . Whether it will be images, URLs, gifs, text data, or any other graphic imagery, the possibilities within the Blockverse are endless.

Key Points of the NFFTs

Given the fact that you’re new to the non-fungible fillable tokens, here are some highlights that will give you a better understanding of the technology behind the NFFTs.

In simple words, this is an art wall or an online real estate space, built as a layer on the Ethereum blockchain. It’s a chain that allows users to secure their blocks, turn it into a property of value and expand their ownership by exchanging blocks with other individuals that are part of the community.

What does the NFFT token stand for?

As mentioned above, it’s a token that acts as a next-gen smart contract due to its unique, fillable characteristics. It serves the purpose not only as a gallery but as a way to advertise your finest projects and attract traffic.

All tokens are hashed with the SHA-256 algorithm that stores records in the registry, providing additional security.

What is a token randomizer?

Like we already said, all blocks claimed by community members are randomized by location, giving a fair chance for everyone to earn a rare spot on the verse. This would prompt holders to trade and exchange between them in order to leave a larger footprint on the grid.

Each one is built to be fully customizable, allowing users to fill them with imagery, data, meta data, titles, URLs, descriptions, and literally anything you can think of.

Can you integrate blocks with other platforms?

Probably one of the best features is that block holders are not limited to NFFT.com’s blockverse only. The cross-platform’s integration allows individuals to showcase and trade their property on other NFT marketplaces seamlessly.

A block without limitations

The uploaded content is displayed on a wall of colored blocks that can be found on NFFT.com, whereas each one represents a fillable token that can be used for a variety of purposes.

The platform’s launch was a great success with more than 70% of the total block supply claimed in the first 24 hours. The potential of the blockverse to showcase artwork, products, services, public figure profiles and other projects is endless.

According to the team behind this fascinating project, the exact location of each purchased block won’t be revealed before the transition of the ownership rights.

Built onto ERC-721s, the tokens can be collected, collaborated, and used by anyone who wants to leave a permanent trace on the web using blockchain technology.

Content creators can easily highlight and link to their portfolios, making advertisement innovative and easier than ever. When opposed to traditional advertising in media, the NFFTs offers a completely innovative and inexpensive approach that will put you in the focus.

All blocks are of the same size, but they differ in position and rarity. As sales continue, the team works continuously to release “Phase 2” of the project, which will allow the Blockverse to transition into the DeFi ecosystem.

Furthermore, browsing the verse happens in a few clicks, giving equal exposure to all content creators. There is no limit to the number of blocks that can be purchased by a single user.

Once the location of all purchases is revealed, buyers will be able to trade and exchange their real estate in order to form a larger footprint on the verse.

As the project transitions to “Phase 2” and block swapping is allowed, the blocks will practically turn into collectible real estate, generating huge traction for the most prominent projects displayed on NFFT.com.

The NFT and DeFi industry has gained massive popularity in the last year and a half and NFFT.com marks the next step in the technological development of non-fungible tokens.

At first, people thought that the derivative blockchain application is simply a trend that will disappear as suddenly as it began. Customers, however, have a different opinion about this new way of representing art, as we can see from the growing popularity of the industry.

If you want to be part of the non-fungible fillable ecosystem, grab your seat quickly as blocks are being taken every minute. Once everything is sold out, the locations will be revealed and the project will enter its next stage of development.

PrevPreviousHow to Choose Good Training in Bitcoin and Crypto Trading? 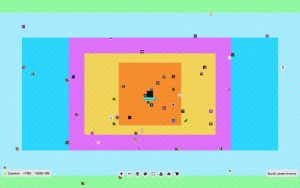 The NFT spotlight has been overtaken by a new candidate for the crown – the non-fungible fillable tokens. They exist within a Blockverse and provide

How to Choose Good Training in Bitcoin and Crypto Trading?

Cryptocurrencies remove many frictions in the financial world, and their novelty is beginning to mature into practical, real-world uses. Bitcoin and crypto have become serious

drop us a line and keep in touch

Join Us On Telegram